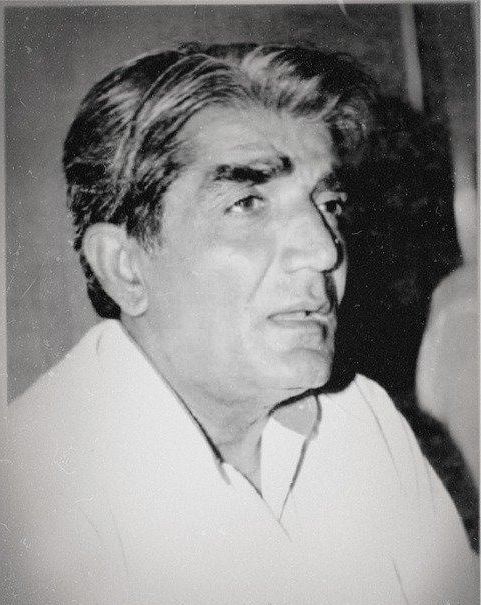 Wasif Ali Wasif ( واصف علی واصفؒ‎ ) (15 January 1929 – 18 January 1993) was a teacher, writer, poet and Sufi intellectual from Pakistan. He is famous for his unique literary style. Probably no contemporary Urdu writer is more cited in quotations than he is. Master of aphorism, he has almost a miraculous ability to capture a rainbow of meaning in a few dewdrops of well chosen words. Many of his APHORISMS have become proverbs in recent years.

His book “Kiran Kiran Suraj” containing these aphorisms remained best seller for many many years. He used to write short essays on topics like love, life, fortune, fear, hope, expectation, promise, prayer, happiness, sorrow and so on with clear objective of highlighting the true spirit of Islam. He was regular columnist of Pakistani Urdu daily newspaper Nawa-i-Waqt. His column was named “GUFTGOO” and it started publishing in newspaper in 1984.

His shrine is in Lahore famous Mianiasaab graveyard where his Urs is celebrated on 22-24 RAJAB every year.